Hollywood gives sales prospecting the same treatment as a heist – gritty montages and precise planning with the singular objective of taking someone’s money. The only difference is, being a salesperson isn’t a federal offense. And, once you slap a “based on a true story” sticker on the poster, nobody is going to ask questions.

Fiction often borrows from reality. But, fiction also possesses the power to influence reality. When real people begin to mimic fiction, they begin holding themselves to high standards that don’t exist. Hollywood’s depiction of all things sales gets a few things right. Yes, sales is a high octane profession, and being at the right place, at the right time, and improvising is all part of the job. But, does every deal have to be a do-or-die scenario? Is every prospect sitting on a million dollars waiting for the right SDR to claim it? Here are some more questions presented in a more palatable reader-friendly manner, because frustration is more relatable when it’s aesthetically pleasing.

We got a little carried away, there. Apologies.

Since Hollywood likes to make Sales look like the Wild West, here’s The Good, The Bad, and The Ugly of salespeople from the silver screen.

Two of them are “based on a true story”, and one of them is a cult classic character. Let’s get into it.

Chris Gardner, The Pursuit of Happyness

Based on the true story of Chris Gardner, and adapted from his autobiography of the same name. Played by Will Smith, Chris Gardner is a down-on-his-luck salesman who is at the crossroads of life, right at the intersection of Failing Marriage Avenue and Broke-With-A-Child Street. Personal tragedy aside, here are the reasons Chris Gardner makes it into The Good category.

While his work in Pursuit of Happyness earned him a nomination, Will Smith got to slap an Oscar to his name for his performance in King Richard.

For his role as Jared Bennett, Ryan Gosling traded his white tank top and dark shades for business suits and fourth-wall-breaking in The Big Short; based on a true story and adapted from a book (The Big Short: Inside the Doomsday Machine by Michael Lewis). Set against the backdrop of the housing market crash of 2007 in the USA, this film made everyone feel dumb and smart at the same time. Leaving the viewer more confused than when they started watching. Think of it as the Inception of financial dramas. It’s a great movie, but don’t pretend like you understood everything.

Here’s a succinct list of factors that put Jared Vennett in The Bad category.

Although Jared Vennett had a Pyrrhic victory, The Big Short won many awards, namely for Best Adapted Screenplay at the Oscars.

Alec Baldwin as Blake in Glengarry Glen Ross is still considered a bit of a role model today, three decades after it came out. Adapted from David Mamet’s Pulitzer Prize-winning play of the same name, Glengarry Glen Ross can be likened to The Big Short. A star-studded ensemble set around the US housing market, except with less cussing and more jargon. While the “Always Be Closing” speech still features on the motivational playlists of many SDRs, it will still go down as the worst pep talk in history, right next to the rousing monologue by Leonidas before leading his troops into certain death in 300.

Here’s why Blake the snake makes it into The Ugly category.

Blake comes across as the Alpha Bro. And, if you’re not like him, you are worthless.

Hollywood needs conflict to make any story interesting. But, real life is what happens between conflicts. In the words of Eminem, “Snap back to reality, oh there goes creativity!” rings true in this case. So, choose your role models wisely. Some of them age worse than the block of cheese sitting in your fridge from last week.

Do you agree or disagree with this writer? Leave your thoughts, suggestions, and cold calling scripts in the comments. And remember, coffee is for everyone. Except young children! 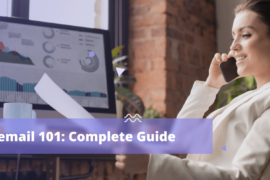 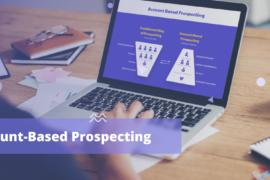